AFGHANISTAN: ‘The seizure of sovereign assets will worsen the world’s worst humanitarian disaster’ 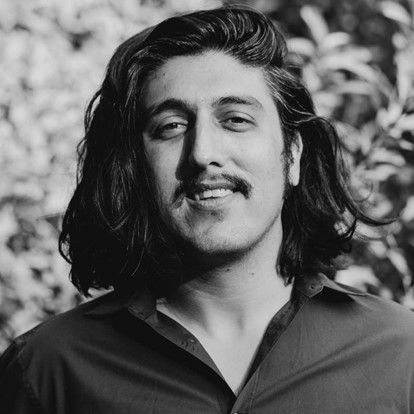 CIVICUS speaks with Arash Azizzada, co-founder and co-director of Afghans for a Better Tomorrow, about the ongoing humanitarian crisis in Afghanistan. Afghans for A Better Tomorrow is a grassroots civil society organisation (CSO) dedicated to bringing about transformative change for Afghans in the USA and beyond. It has recently advocated for the release of Afghanistan’s frozen assets.

Why is civil society calling for the return of Afghanistan’s frozen assets?

Before August 2021, when the USA froze Afghanistan’s assets, Afghanistan’s western-backed government was heavily reliant on foreign aid and was spending most of its revenue on the conflict with the Taliban. Since the Taliban took over, the entire country has essentially found itself sanctioned economically and Da Afghanistan Bank (DAB), its central bank, had all its assets frozen.

Since the DAB serves as collateral insurance for private banks to be able to operate, the entire banking system has been paralysed as of August 2021. The same goes for the whole Afghan economy: businesses and people cannot access their own hard-earned money to buy food at the market down the street. Philanthropic foundations have trouble sending funds into Afghanistan. This has contributed to soaring inflation, worsened by the rise in food and commodity prices caused by the Russian invasion of Ukraine and a record-breaking drought.

As a result, Afghanistan has become ‘hell on Earth’, as the director of the United Nations (UN) World Food Programme put it. Over 21 million Afghans don’t know where their next meal will come from. Every women-led Afghan household currently faces poverty and hunger as the country’s healthcare system teeters on the brink of collapse.

The consensus among Afghan civil society, both within and outside the country, is that the seizure of sovereign assets that belong to the Afghan people is a violation of international norms and will worsen the world’s worst humanitarian disaster. Through grassroots organising, high-level advocacy and litigation, the Afghan American community has stepped up to bring the frozen assets back to their rightful owner: the Afghan people.

At the same time, following the blocking of Afghan assets, a group of families in the USA who had secured rulings against the Taliban connected to its role in the 9/11 attacks filed a civil case in a federal court to enforce those rulings using the frozen DAB funds. In February 2022, President Joe Biden signed an executive order allocating half of the more than US$7 billion that the previous government of Afghanistan had placed in the New York Federal Reserve for humanitarian relief in Afghanistan and leaving half subject to litigation brought by some of the 9/11 families.

As part of a broad coalition of Afghan-American groups representing the community, we filed an amicus – friend of the court – brief stating that the court should oppose this for a variety of reasons, including the fact that the Taliban are not recognised as the legitimate rulers of Afghanistan by its people or the international community. The money belongs to the Afghan people, not the Taliban. And although 9/11 families deserve compensation, doing it this way would harm Afghans and not the Taliban.

What kind of safeguards should be put in place if the frozen assets are returned?

While the Taliban might be the de facto rulers of most of Afghanistan, they remain untrustworthy and illegitimate. But the DAB continues to be function as a technocratic body, so frozen funds should be returned as long as there is proper ring-fencing and enhanced safeguards such as electronic auditing records to ensure the reserves are not interfered with by the Taliban.

Our proposed plan recommends an initial trust-building process in which a conditional amount of US$150-200 million a month is released so that the DAB is allowed to perform its core functions. The funds ought to be used to regulate the Afghan currency and run US dollar auctions to inject liquidity into the struggling economy and ease the pain of the Afghan population. Not one cent of these funds should be used for humanitarian aid purposes.

What should the international community do to contribute to improving the humanitarian situation in Afghanistan?

International philanthropy and the international community should support a fledging Afghan civil society, and especially the women’s groups that remain operational within the country, by ensuring wide-ranging sanctions relief.

As it stands, the entire Afghan population is on the receiving end of collective punishment due to the sanctions imposed on the Afghan state. As the world has become hostile to doing business in the country, the World Bank and other international institutions should continue to focus on funding economic development projects and ensure the healthcare system remains functional.

The international community should work hard to differentiate between targeted sanctions that focus on individuals within the Taliban and projects that ensure Afghans have a chance at survival. As one example, direct cash assistance to the Afghan population remains a much more effective and equitable method of assistance than trying to truck in food for a population of over 21 million people and helping circumvent Taliban attempts at interfering with aid.

The UN appeal for humanitarian aid for Afghanistan still remains US$2 billion short of its target. There is a strong need for donor countries to fill that gap. Much of it should be filled by the NATO member countries that occupied Afghanistan for 20 years.

What alternative measures, other than financial sanctions, can the international community implement to promote human rights and support civil society in Afghanistan?

A core demand remains the non-recognition of the Taliban government, which is deepening its repression and remains unrepresentative of the Afghan population. It is important that the international community listens to the voices of Afghan civil society, and specifically those of Afghan women leaders and the minority Hazara and Shia communities.

The most vital thing at this moment is a strengthened mandate by the UN Assistance Mission in Afghanistan to document and monitor human rights violations as well as support accurate and free media in the country. Significant UN presence on the ground will be key as Afghanistan faces a deteriorating human and women’s rights situation.