AFGHANISTAN: ‘Open-source monitoring reveals both the clampdown on women’s rights and the impact on their lives’ 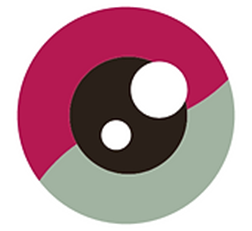 CIVICUS speaks about the situation of human rights and women’s rights in Afghanistan with Anouk Theunissen and Humaira Rahbin, researchers with Afghan Witness, and Meetra Qutb, Afghan Witness’s communications specialist.

Afghan Witness is a project run by the UK-based Centre for Information Resilience, aimed at independently collecting, verifying and preserving information on human rights in Afghanistan. It seeks to provide reliable data to international organisations, governments, the media and civil society and to create awareness about the realities of everyday life in Afghanistan. Its team includes people on the ground as well as international researchers, analysts, journalists and experts. Most of its team members’ identities are kept confidential for safety reasons.

What is Afghan Witness working on?

Afghan Witness started in September 2021, just after the Taliban takeover. We independently collect, preserve and verify information on human rights and current events in Afghanistan. We identify disinformation and online behaviour that might harm marginalised people and groups in Afghanistan, such as women and ethnic minorities. This is a period where the information space is narrowing as media outlets are closing down and journalists are fleeing the country.

We have developed a database containing all the information found online. The whole project is based on open-source investigation. We hope our verifications will support accountability cases further down the line

We also corroborate our work by talking to sources on the ground. We have been able to talk to Afghans inside and outside the country and collect their stories, which give us a better understanding of how life has changed for very different people under Taliban rule: a female doctor, an LGBTQI+ activist, a university lecturer, the owner of a Kabul beauty salon, a young entrepreneur, a volunteer campaigner for girls’ right to education, a poet and a former politician, among many more.

Another aspect of our work is training Afghan media and civil society organisations on open-source techniques, information verification and fact-checking to promote more accurate reporting from key information providers and pushing back against misinformation and disinformation.

Based on this information, how would you say the human rights situation has evolved over the past few months?

We use a four-point rating system to assess the situation – good, medium, poor and bad. In the first months of Taliban rule, the situation in certain areas was still rated as ‘medium’, but later on it was downgraded to ‘poor’ in almost all categories.

We have seen a worsening trend and increased human rights violations in recent months. One area where the situation worsened significantly is women’s and girls’ rights as the Taliban imposed further restrictions on women’s presence in public spaces and their freedom of movement and clothing, and recently allegedly detained a number of women protesters.

What is the current situation of women’s and girls’ rights in Afghanistan?

Girls above age 12 are currently unable to attend school. The Taliban never declared a direct ban on girls’ secondary schools, but after U-turning on their decision to reopen them in March 2022, there is still no indication of when girls might be able to return to class.

Our open-source monitoring shows the situation is uneven. Girls’ secondary schools have remained open in some regions, such as the northern province of Balkh. But girls in those areas have reportedly been subject to strict dress codes. Where possible, girls have turned to online or ‘secret’ schools, and some from affluent families have been able to access private education.

While young women have not been outright excluded from university education, they must adhere to strict rules on conduct, dress and segregation. Male and female classes were first arranged at different time slots intended to avoid mixing, and then the Taliban went further by allocating specific days of the week for male and female students to attend. Female students reported receiving increasingly harsh treatment for minor violations of the code of conduct and dressing. We have verified different pieces of video footage in which university guards turned away female students for not adhering to their dress codes, and in some incidents, the guards beat them.

Much like their approach to education, the Taliban have not explicitly banned women from working. However, since the takeover, women in most parts of the country have been told to stay home until further notice, while others have been dismissed or paid reduced or irregular salaries. After a year of this, Taliban officials at the Ministry of Finance told their female employees to return with male relatives as their replacements. Women’s work in the government sector is now mostly limited to roles in healthcare and teaching.

Soon after taking power in Kabul, the Taliban turned the former Ministry of Women’s Affairs into a morality police: the Ministry of Propagation of Virtue and Prevention of Vice, responsible for issuing regulations over women’s dress and behaviour.

In December 2021, the Ministry reportedly banned taxi drivers from carrying women passengers unless they wore the Taliban’s interpretation of hijab, and banned women from travelling without a male guardian beyond 45 miles. In May 2022, the Taliban announced that women must cover their faces in public, stating that the closest male relative of any woman who did not comply would be visited and face potential imprisonment or dismissal from state jobs. More recently, women have also been banned from visiting all parks in Kabul, effectively excluding them from public spaces. As with many of the Taliban’s decrees, all these rules seem to have been implemented to varying degrees.

As violence against women has increased, means for protecting women have almost disappeared. Open-source monitoring reveals both the clampdown on women’s rights and the impact on their lives. Before the takeover, there were some organisations running safe houses that sheltered women survivors of domestic violence, but most of them have now closed, and access to safety and support systems has become almost non-existent.

The visible presence of women was also curtailed in the media. Overall, freedom of expression has been under attack and many media outlets have closed. These have disproportionately impacted on female journalists, and many women journalists have fled the country. In November 2021, the Taliban also banned women from appearing in television dramas, soap operas and entertainment shows. In May 2022, the Taliban instructed female TV journalists to cover their hair when broadcasting. In some provinces, there are no longer any women journalists.

Our open-source monitoring indicates that the situation is steadily worsening. The daily life of women in Afghanistan is characterised by uncertainty and insecurity. Initially, following the Taliban takeover, women didn’t know what was going to happen or what the Taliban policies were going to be. Since then, the narrowing of their freedoms and rights has been insidious. New rules and measures haven’t been implemented from one day to another but gradually imposed over the course of a year or more. Changes haven’t happened all at once, yet the space is continuously shrinking.

There are also disparities across the country. National leadership might promise one thing, whereas provincial governors or local authorities might decide differently. On top of that, policies and rules are not always adhered to or are implemented ambiguously. There is still a lot of uncertainty about when and where a rule will be strictly enforced, whether minor infractions will be tolerated and whether security officers will exceed their orders. To be on the safe side, many women are resorting to self-censorship or are being kept in check by their own families. Not knowing what to expect and fear created by hate speech, which has consistently increased online and offline, are limiting women’s freedom of movement, even where rules might not be strictly enforced.

How has civil society resisted to growing restrictions on rights and freedoms?

Afghan women have been the main force behind civil or non-violent resistance to the Taliban. The first recorded women-led protest took place just days after the Taliban seized Kabul. It started with four or five major groups protesting for girls’ right to education, women’s right to work and freedom of movement. But the Taliban suppressed the protests, and there are reports of the Taliban detaining women protesters.

Many women protesters have left the country after the alleged detentions. As a result, protests have become smaller and more discreet over time, and outdoor protests have become indoor protests. Footage of women and girls mostly wearing masks – likely an attempt to hide their identities – and holding placards with slogans is shared almost daily on social media. Protesters have also turned to tools such as Twitter spaces, where they can express dissent anonymously and relatively safely.

Still, each month we continue to record alleged incidents of the Taliban detaining journalists, YouTubers and experts appearing on talk shows. Restrictions on freedom of expression and the media have been relentless and have affected not just women but men as well.

Has there been any inspiration from the protests happening in neighbouring Iran?

We saw a brief increase in protests throughout Afghanistan, including women-led protests, as the wave of protests took off in Iran. But these were not anywhere close to those in scope and size and were probably triggered by domestic developments rather than by the events happening in Iran. The surge in protests followed a large-scale attack against the Kaaj Education Centre in Kabul, where several primary school female students belonging to the ethnic Hazara minority were killed. Following the attack, we saw protests in several locations as well as suppression by the Taliban.

Although these were not necessarily inspired by the movement in Iran, the protests next door may have inspired some change in protest slogans, for instance. Some connections appear to have been made. At those brief protests triggered by the attack against the Kaaj Education Centre protesters declared their support for the women’s protests in Iran and even used slogans similar to those used in the Iranian protests. And there was also a separate protest in September in front of the Iranian embassy in Kabul to demonstrate solidarity with the people of Iran. This protest was reportedly disrupted by the Taliban. There were some support demonstrations carried out indoors, and in Twitter spaces as well. But nothing close to the scale of the Iranian protests.

What should the international community do to support Afghan civil society’s struggles for rights?

It’s important to continue monitoring the human rights situation in Afghanistan, documenting violations, verifying information and preserving it so one day it can hopefully be used to support accountability processes. Open-source techniques provide an important way to investigate and record what is happening in Afghanistan. It is important to provide access to verified and reliable information for Afghans in and outside Afghanistan. It is key to create spaces for people in Afghanistan, especially women, to share their experiences and provide them with a platform to amplify their voices. More collaboration is also needed to tackle disinformation and hate speech, which has increased since the Taliban takeover.

The future for Afghanistan looks difficult given the worsening trend in human rights over the past months, especially since public punishments returned as the Taliban’s supreme leader ordered judges to fully impose a hard-line interpretation of Sharia Law. This has included public executions, amputations and flogging carried out over the past month.