BANGLADESH: “To address rape we need a thorough reform of the legal system”

CIVICUS speaks to Aparajita Sangita, a Bangladeshi human rights activist and an international award-winning independent filmmaker. Aparajita has worked on several films on discrimination against women and women’s rights and has been involved in various social activities including street children’s education and food banking. In response to her activism, she has been harassed by the police. She was also sued for harassment under the draconian Digital Security Act for her online activism. The case was withdrawn in the wake of widespread protests on the streets and online. 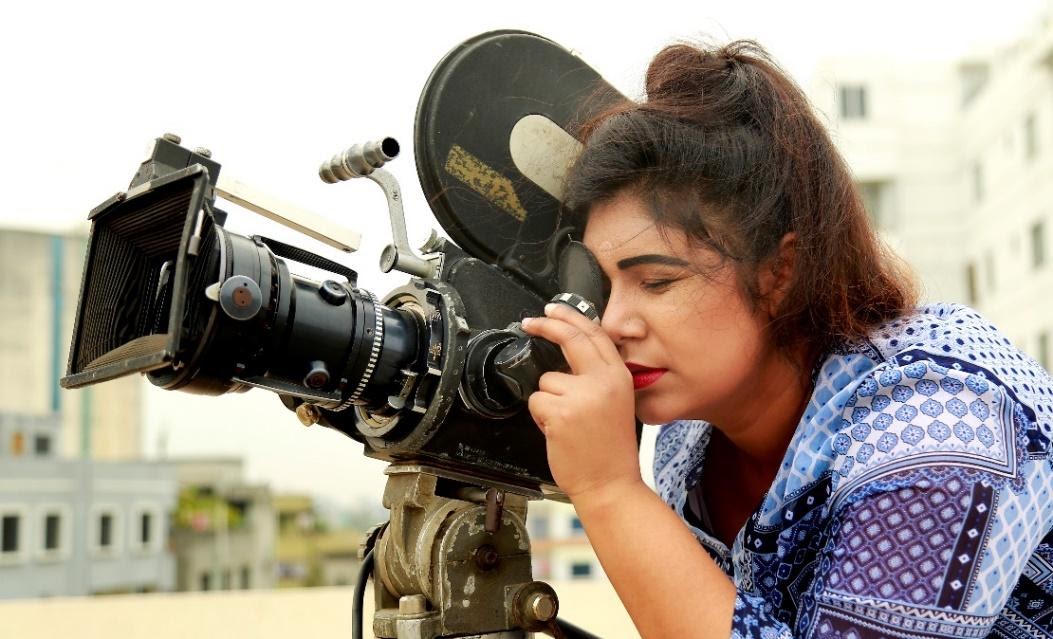 What triggered the recent anti-rape protests in Bangladesh?

On the evening of 5 January 2020, a student at Dhaka University (DU) was raped after getting off a university bus in the Kurmitola area of the capital, Dhaka. DU students were disturbed by this incident, which led to protests and the organisation of several other events.

Despite widespread protests against the rape, sexual violence against women persisted and even increased during the COVID-19 pandemic.

On 25 September, a woman who was visiting MC College in Sylhet with her husband was raped in a hostel on campus by political activists linked to the ruling party. As protests erupted over this, a video of a woman being abused in Begumganj, Noakhali on 4 October went viral on social media. The video clip showed a group of men entering the woman’s house, stripping her naked and physically assaulting her, while capturing it all on video.

These incidents are just a few of the numerous cases of rape and sexual violence against women that have been circulating on social media in Bangladesh. The perpetrators of this violence include fathers, close relatives, law enforcement officials, public representatives, political leaders and religious actors.

All of this led to the mass anti-rape protests of October 2020, when people from all over the country came together to protest against violence against women. The anti-rape protest movement started in Shahbag, known as the ‘Movement Square of Bangladesh’, but soon spread to every city, even villages, across Bangladesh. This includes Bogra, Brahminbaria, Champainababganj, Chandpur, Dhamirhat (Nowgaon), Faridpur, Gafargaon (Mymensingh), Gopalganj, Jaipurhat, Kurigram, Manikganj, Noakhali, Panchgarh, Rajshahi, Satkhira and Syedpur (Nilphamari).

People from different walks of life, including members of political parties, writers, cultural activists, online activists, national cricket team players, women’s rights activists and journalists, converged in the anti-rape protest movement. For the first time in Bangladesh, women marched against rape in the middle of the night. In Dhaka, they marched from Shahbag to Parliament House, carrying torches and shouting slogans.

What were protesters’ main demands?

The anti-rape protest movement raised nine demands to stop rape and sexual violence. They included the introduction of exemplary punishment for those involved in rape and violence against women across Bangladesh and the immediate removal of the home minister who had failed to deliver justice.

Protesters also demanded an end to all sexual and social abuse of tribal women; the establishment of a committee to prevent sexual harassment of women in all government and private organisations as well as in educational institutions, following High Court orders; and the full implementation of the Convention on the Elimination of all Forms of Discrimination Against Women (CEDAW). They also urged the abolition of laws and practices that create inequality towards women.

Other calls included putting a stop to the mental harassment of victims during investigations and ensuring their legal and social security, the inclusion of crime and gender experts in Women and Children Repression Prevention Tribunals, and the establishment of more tribunals to ensure the quick processing of cases.

Finally, they urged the amendment of Section 155(4) and other relevant sections of the Evidence Act to end the admissibility of character evidence of complainants in rape trials and the elimination from textbooks of all materials deemed defamatory of women or depicting them as inferior.

How did the authorities respond to the protests?

On 6 October, protesters marched from Shahbag to the Prime Minister’s Office with black flags but were stopped by the police at the Hotel Intercontinental Junction. Several leaders and activists of a left-wing student body were injured by the police.

In addition, a section of a statement issued by the police headquarters on 10 October attempted to vilify the protesters. It stated that “vested quarters” were trying to use the protest “to serve their interests” by undermining law and order and “creating social chaos.” The police warned protesters to avoid any “anti-state activities” and announced that the police were committed to ensuring internal peace and order at all costs. This statement caused panic among protesters, who feared a crackdown.

Besides facing police repression, several women activists, including the leader of the Left Students’ Association, who participated in the anti-rape movement, were threatened with rape over the phone and on Facebook Messenger. Some of the activists were also threatened with criminal cases.

What has happened to the movement since? Has the campaign stopped?

After the protests against rape and sexual assault spread across the country, the Women and Children Repression Prevention Law was amended. The death sentence was imposed as the most severe punishment for rape. Previously, the maximum punishment for rape in Bangladesh was life imprisonment. The death penalty was only applied in cases of gang rape, or rape that resulted in the victim’s death.

Following this the protests halted, as many thought that the death penalty would see a reduction in rape crimes. However, many women’s rights campaigners insist the death penalty is not the answer and demand a thorough reform of the legal system and more education to address what they say is an epidemic of violence against women in Bangladesh.

What can the international community support the movement?

In the wake of the various cases of sexual violence and rape committed against women, we have seen an important protest movement emerge within the country. However, some protesters and activists have faced threats when they have raised their voices. The solidarity of the international community is essential for those protesting against human rights violations and making fair claims.

Bangladesh is an extremely patriarchal society, and there have been numerous attempts to restrict women’s lives and voices for years. Rape is an expression of this environment. It is a fundamental right for a woman to live in safety and it is the responsibility of all citizens, as well as the international community, to ensure this right.

Civic space in Bangladesh is rated as ‘repressed’ by the CIVICUS Monitor.

The international community must demand accountability from the Cuban government for its actions...