ZIMBABWE: ‘Society is only starting to open up to the idea of living harmoniously with LGBTQI+ people’ 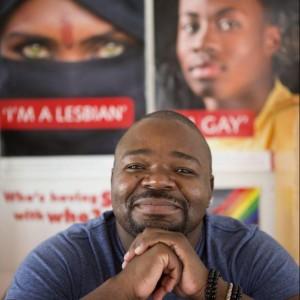 CIVICUS speaks about the situation of LGBTQI+ rights in Zimbabwe and the ongoing impacts of the British colonial legacy with Samuel Matsikure, programmes manager at GALZ-Association of LGBTI people in Zimbabwe.

Founded in 1990, GALZ is a civil society organisation (CSO) that seeks to promote and protect LGBTQI+ rights in Zimbabwe through advocacy, research, education and service provision.

What is the situation of LGBTQI+ people in Zimbabwe?

We have seen a slight improvement with the recent change of government. In the previous years, the late President Robert Mugabe would contently throw in homophobic statements whenever he addressed the nation. He openly attacked the LGBTQI+ community on both the local and global stages. The current government, in contrast, is not proactive in targeting LGBTQI+ people to push its political agenda. We are seeing fewer rights violations committed by the state against LGBTQI+ people across the country.

Nonetheless, the government’s relative silence and shift of focus do not mean things are now okay for LGBTQI+ people. In fact, this shift has left us with many unanswered questions because we do not know if the government really supports LGBTQI+ rights or if they do not want to deal with what is considered a very controversial issue.

Organisations advocating for LGBTQI+ rights continue to question politicians about their strategies to integrate LGBTQI+ people in the community. During the 2017 elections we reached out to political parties to make a couple of questions regarding the inclusion of LGBTQI+ issues in their agenda. Unfortunately, we only received responses from two parties, including the ruling party, the Zimbabwe African National Union – Patriotic Front (ZANU-PF).

ZANU-PF has recently become quite open about engaging with us on matters concerning the LGBTQI+ community. We see this as a milestone because it previously would not have a dialogue with the LGBTQI+ community. This has helped us to have more conversations with the government and look at the possibility of changing laws and policies. This has also made the public more open about having conversations with us than before. People now hear about LGBTQI+ rights and their responses are more positive than negative.

How do laws discriminate against LGBTQI+ people in Zimbabwe?

There are some provisions that promote inclusion, but the reality is quite different. Zimbabwe still has draconian laws that impede the rights of LGBTQI+ people. The current constitution has a bill of rights that aims to promote people’s right to health, privacy and freedom of association. The constitution recognises diversity and includes a non-discriminatory clause. But LGBTQI+ people still have their rights violated regardless of what the constitution says. The laws are there but their interpretation by various parties leads to discrimination.

According to the experiences we have collected from the LGBTQI+ community, discrimination in the health sector is widespread, although efforts are being made to sensitise and train healthcare workers to improve access for LGBTQI+ people and other key populations. Until recently, by law people were required to reveal their HIV status to their partners, and failure to do so was a criminal offence.

The recent decriminalisation of HIV transmission under the Marriage Amendment Bill will be a great milestone for the LGBTQI+ community. It was difficult for LGBTQI+ people to reveal their status to partners or healthcare workers because they did not have easy access to healthcare facilities and feared being reported to the police or arrested. So with the support of new policies and our HIV/AIDS national strategy, the result has been the provision of a comprehensive programme giving LGBTQI+ people the right to access these facilities. This shows that the state is willing to create a space in which people can access these resources; the question is whether they will monitor those spaces to ensure people are not harassed.

Discrimination against LGBTQI+ people is also present in the workplace. We have dealt with several cases of people being unfairly dismissed because of their sexual orientation or gender identity. Most businesses involved justify their decisions by saying their companies are founded on Christian values so they cannot work with or support LGBTQI+ individuals. This goes against labour laws banning discrimination in the workplace. Sadly, such cases cannot be taken to court and challenged because the legislation does not recognise LGBTQI+ rights. There are legal loopholes that allow the public to discriminate against LGBTQI+ people.

Unfortunately, we still have laws inherited from colonial times that cause segregation in our society. The law that criminalises same-sex practices dates back to when we were a British colony. As a result of this law, men who engage in same-sex activities risk a year in prison. The Immigration Act still discriminates against homosexuals and prostitutes. These laws were drafted during colonial times and are no longer applicable: we are a democratic country with a constitution that has a comprehensive bill of rights.

What work does GALZ do, and what challenges have you encountered?

For around 30 years, GALZ was the only organisation in Zimbabwe focusing on LGBTQI+ issues. But over the past years, we have seen the emergence of new organisations that are either LGBTQI+-led or are working with the LGBTQI+ community. Because of this, we have been able to reorganise ourselves and prioritise the things we want to focus on while letting other organisations deal with remaining issues.

GALZ’s work currently stands on four pillars. The first is community and empowerment. Our mandate here is equip LGBTQI+ people with life skills. We also want them to understand their human rights and to freely participate in economic and social activities. We inform them of the processes related to the development agenda and their role in it.

The second pillar is knowledge, documentation and ideas. The third is policy and law and the fourth is human rights and access to justice. We want to develop strong institutions that will ensure the participation of LGBTQI+ people in communities and uphold their rights. The third and fourth pillars are related to human rights and internal governance and their use is to raise the visibility of the community and provide services related to the rights to property, family and participation.

We want to build a technical hub for distributing information that will help LGBTQI+ CSOs and guide LGBTQI+ people in building CSOs in a hostile environment. Zimbabwean LGBTQI+ CSOs have been able to develop their own LGBTQI+ advocacy plan. This gives us the chance to speak as a collective and support each other’s advocacy work. By working together, we have been able to provide safe spaces for LGBTQI+ people in our country, including recreational spaces, internet access, support to complete academic studies, and support for students willing to pursue research on LGBTQI+ issues.

Given the importance of family, GALZ has built a portfolio for parents and friends of LGBTQI+ people, P-Flag. We bring them together to promote the acceptance of LGBTQI+ people within families and communities and share their experiences.

But we have faced some challenges. Zimbabwean society is starting to open up to the idea of living harmoniously with LGBTQI+ people but has not fully accepted us. We still face harassment from community members. LGBTQI+ activists are arrested for their advocacy work. In the recent past the state used to disrupt our activities and question our legitimacy. In addition, the proposed Private Voluntary Organisation (PVO) Bill threatens our work: there is fear we may not be allowed to register once the bill is passed. Human rights violations make it difficult for people to participate actively in LGBTQI+ movements.

How can Commonwealth countries work together to promote LGBTQI+ rights?

We need to acknowledge that many of these laws in Commonwealth countries are a legacy of the British empire. The laws we still have are repressive in nature and fail to acknowledge diversity and human rights. It is time for us to include the principles and practices of human rights in our laws. As organisations fighting for LGBTQI+ rights we need to pressure our governments to reform regressive policies and abolish laws that enforce discrimination and exclusion in our societies. We should pressure them to respect the constitution and hold people and institutions accountable for disrespecting people’s rights.

We should pool our resources to mobilise and form a global alliance to bring LGBTQI+ issues to the forefront. By working together we can defeat the discrimination that is embedded in our systems and challenge the laws that perpetuate the violation of human rights.