IRAN: ‘Mahsa Amini’s case was a spark in a flammable situation’ 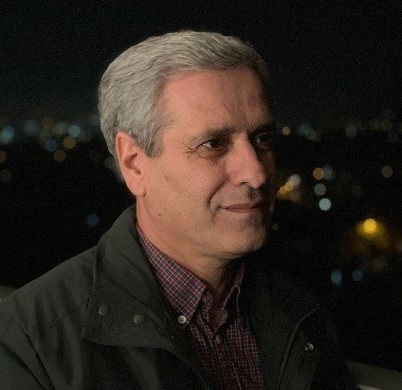 CIVICUS speaks with Sohrab Razaghi, executive director of Volunteer Activists (VA), about the current women-led protests, the state of civil society and the prospects for change in Iran.

VA is an independent civil society organisation (CSO) based in the Netherlands, whose primary aims are building capacity among activists and CSOs, facilitating information exchange among civil society activists, community peacebuilding and advocating for the expansion of democracy and human rights in Iran and more generally in the Middle East. VA is the successor of a pioneer Iranian CSO, the Iranian Civil Society, Training and Research Centre, founded in 2001 and based in Tehran until 2007.

What is the situation of Iranian civil society today?

Civil society in Iran has become weaker over the past few years. Civic activism has grown but organised civil society has become weaker and has been marginalised. Following President Ebrahim Raisi’s ascent to power in 2021, civic space has shrunk dramatically. The establishment and operation of CSOs has been legally obstructed and any CSO not following the policies of Iranian authorities has been eliminated.

Following significant teachers’ protests in May 2022 there was a major crackdown against the Iranian Teachers’ Trade Association and many of its leaders and activists were arrested. This was just one example of many.

The ongoing crackdown follows a predictable sequence: first, the authorities exploit toxic narratives and disseminate false accusations to malign civil society and create internal conflict within civic movements. Then they repress the smaller remaining groups, arresting and detaining their leaders and activists.

The authorities have attacked all institutions and organisations that are the expression of social power, eliminating the possibility of further organising. To fill up the space, they set up fake CSOs organised and led by government officials, often affiliated with the Iranian Revolutionary Guard Corps. These are often local, community-oriented organisations that involve local communities by approaching the mosques and charities that support them.

What made the death of Mahsa Amini a turning point?

Mahsa Amini’s case was a spark in a flammable situation. She was a young member of an ethnic minority who was visiting Tehran, was violently arrested by the morality police and died under custody. All these elements together made her case relatable for many Iranians. She was only 22 years old, a woman, a member of an ethnic minority and a Sunni Muslim, which is a religious minority in Iran. Many Iranians identify with at least one and possibly many of these elements of Mahsa’s identity and resent the policies aimed at suppressing them. As a result, large groups that feel discriminated against and suppressed mobilised.

This happened in a context of high poverty and repression, with a government that acts with impunity because it knows it won’t be held accountable. For years, instead of trying to meet the needs of their citizens, the authorities have cracked down on all sorts of protests. With Raisi coming to power, any hope for change was gone.

In what ways have these protests been different from previous ones?

The current protests are very different from previous ones, including recent protests that took place in 2017 and 2019. First, protesters are mostly between 15 and 25 years old. This is possibly their first engagement in a civic movement. They have grown up in the digital world and are using in the real world what they learned playing video games – only that in the real world, there is no respawning! So many are getting killed.

Second, protesters are primarily women and students. And some of their acts of protest, such as female protesters burning headscarves and cutting their hair, are unprecedented. Their demands are also different from those of previous civic movements. Whereas in 2017 and 2019 demands were mostly economic, now they are cultural: their main demand is for freedom to lead a different lifestyle than the authorities allow them to have. The shout ‘Women, Life, Liberty’ has become a protest cry and a slogan of solidarity both inside Iran and internationally.

Third, support from Iranians in the diaspora and media coverage have both drastically increased. This time the events have received major media coverage since the outset, with the protests on front pages all over the world. For the first time, on 23 October, 80,000 Iranians from the diaspora gathered in Berlin to support protesters and demonstrate against the Iranian regime. This support is unprecedented.

Finally, public discourse about the protests has shifted. In the past, dominant discourse highlighted the non-violent character of the protests, but this time there have been calls for retaliation and to use violence to defend the protests. Violence is no longer taboo: some elites and influencers inside and outside Iran are advocating for it. This is extremely concerning, considering that it may legitimise violence by the Iranian authorities, which could resort to even more violence in response.

How has the government cracked down on the protests, and why have protests continued regardless?

The government has used multiple tactics. First, it deploys riot police and security forces that use violence to physically prevent and dissolve protests. As a result, over 7,000 protesters have been arrested, many have been beaten and over 200 have been killed. Second, it has restricted internet access for over four weeks now, limiting the free exchange of information while increasing the circulation of disinformation and official propaganda. Third, it has used the same narrative tactics it normally uses against civil society, linking the protests to foreign intelligence forces.

The government’s reaction has been as repressive as towards previous movements. However, these protesters are more resilient, so the crackdown has not been as effective as previous ones. Two sources of this resilience are decentralisation and spontaneity: protests are held locally rather than in a central place, and they are not centrally organised – they are organised by small groups and happen rather spontaneously during the day or night at random hours, with protesters quickly dispersing afterwards.

Additionally, the fact that there are so many children and young students among protesters has somewhat limited the violence. Many children and adolescents have been killed, but the death toll would likely have been much higher had they not been among protesters. And many of these young people are students, therefore part of the middle class – which means there is a cultural middle class that continues to support the protests.

What is the likelihood of these protests leading to change?

We can identify five possible scenarios – and only one of them leads to regime change.

In the first scenario, the crackdown succeeds and protests end. This would result in widespread hopelessness and disappointment.

In the second, the authorities make concessions and the mandatory hijab rules are repealed. This would lead to the recognition of some limited freedoms, but not to regime change.

In the third, neither the authorities nor the protesters prevail, leading to continuing violence and bloody conflict. Protesters go into an armed offensive and the situation escalates into a civil war-like situation.

In the fourth, military groups seize power and suppress both protesters and established authorities to pursue their own goals.

In the fifth scenario, mass mobilisation leads to regime change.

What happens will depend on the capacity of protesters – the resources they can gather, the groups they can bring together, the leadership they build and the collective narrative they produce out of compelling personal stories – and international influences and pressures.

In the current situation, scenarios one to three are the most likely. The movement has not entered a revolutionary stage. There are not massive gaps in the regime – neither in its repressive machinery nor in its will to crack down on protests. And the protests have not been massive nor widely representative of the make-up of society. We have not seen hundreds of thousands or even tens of thousands on the streets, and we have not seen protests by various ethnic or religious minorities, and by different social classes. Strikes are typically the heart of social movement action in Iran, and we have not yet seen strikes by major branches and sectors of the economy.

What can women’s rights supporters and democracy activists from around the world do to support civil society in Iran?

International civil society as a collective should be more vocal. We need a unified collective of civil society echoing the voices of Iranian activists and advocates for democracy and human rights in Iran. In addition, actions of solidarity are needed as well as networks to exchange knowledge, experience and skills so Iranian activists can learn from civic movements internationally and be more effective.

Regarding the immediate response, there are various needs, such as juvenile justice support, including legal support, wellbeing and mental health support, as well as training and awareness raising on civic activism in Iran.

Civic space in Iran is rated ‘closed’ by the CIVICUS Monitor.

Get in touch with Volunteer Activists through its website.